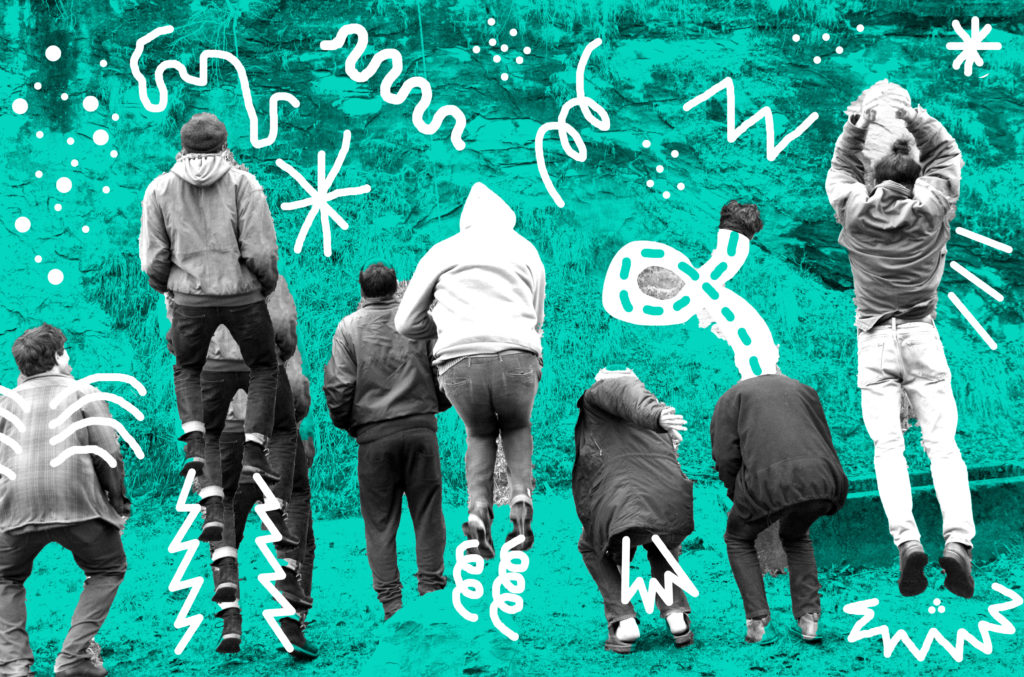 At first, Saraka played on the street, at the station, at the markets, here, there, under your balcony at night or so far away that people thought they disappeared. But suddenly they come back and there are four, five, seven of them and they say they played in the worst and best bars, for weddings, in Italian Gelateria, at Lisbon Castle, in squats of any kind, suspended in a Vagabond Tower, in Berlin techno clubs,…
In 8 years Saraka has grown from three to seven musicians, from covers to compositions, from acoustic-screaming to amplified-psychadelic, from the street to large stages, passing by 4 studio albums, many lives and many lives.
The result is today a music inspired by Afro-Latin grooves, mixing reverberant guitar riffs, warm-wet wind melodies and bass lines that sweat the trance and invite you to dance.